Samsung has today unveiled an update to the Note line, the Samsung Galaxy Note8. Let's look a look at the phones specs, and what plan you can get this phone on. 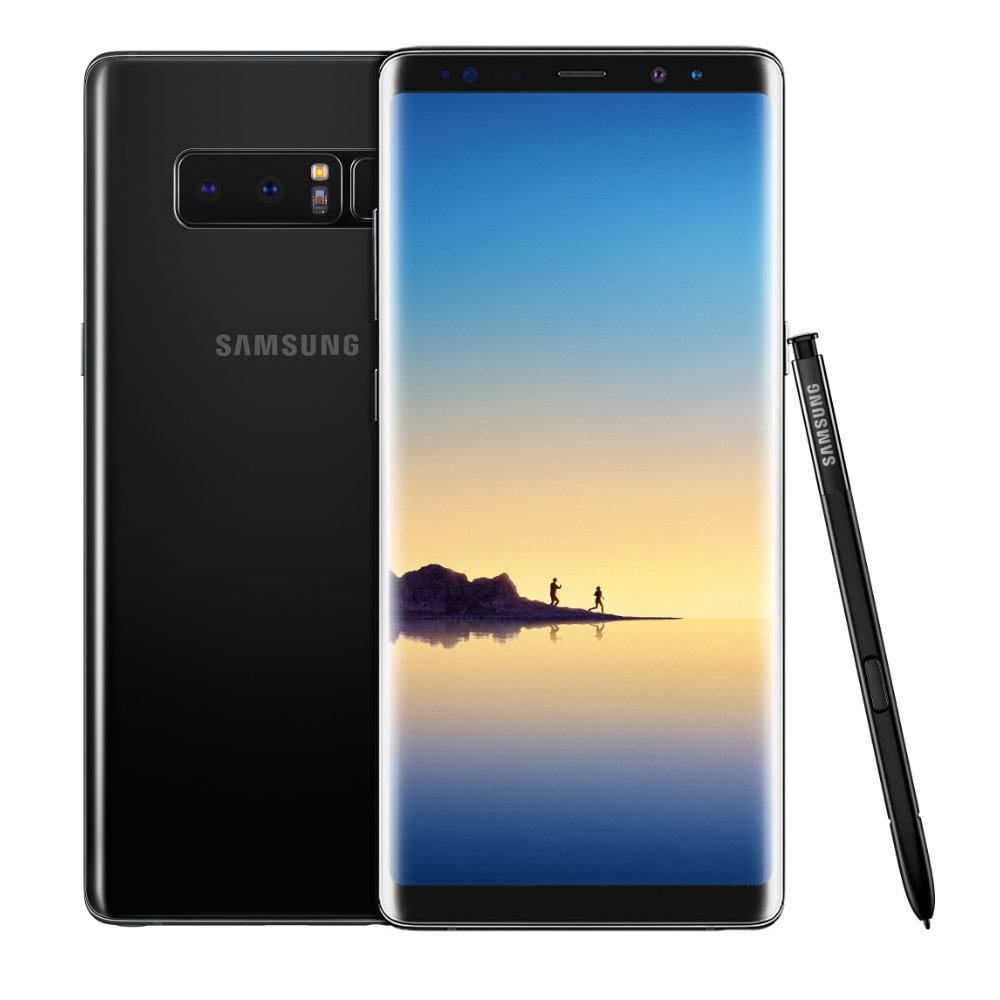 Under the screen, the phone is powered by the same processor as found in the S8, the 8-core Exynos 8895 processor, but the device is fitted with 6GB of RAM instead of the S8's 4GB.

Internal storage comes with 64 GB, and is expandable via the in-built microSD slot for those who need extra space.

Battery life sits somewhere between the S8 and S8+, with a 3300 mAh battery which should last most people throughout the day with average usage. The battery can be charged using the USB Type-C connector, or wirelessly with a wireless charger that Samsung will sell separately.

Samsung has also introduced portrait mode into the camera, with 2 12MP cameras with OIS. One lens is a wide-angle f/1.7, while the other is a telephoto f/2.4 lens. Portrait mode allows you to take photos of a subject, while introducing a slight blur to the surroundings. The front also features a 8MP f/1.7 camera.

The Note8 ships with Android 7.1.1 Nougat installed, is IP68 water and dust resistant and includes a headphone jack.

In Australia, the Note8 is available in Midnight Black or Maple Gold colours.